I was shocked to discover I hadn’t posted here since March. I feel like the dad who went out for cigarettes and wound up on the bum in Oakland. Really, I’d meant to come back. There has been some writing since then although not enough to justify my existence by any means.  You can find some of my snarky recaps and other snark about television here. As you may also know, I’ve been gigging it  teaching ESL and doing some writing coaching, so there’s a language blog here, which may be entertaining even for native speakers, assuming you’re obsessed by the difference between “got” and “gotten” or you live in an actual democracy and are still trying to figure out how the electoral college works.

As to the reason for my “silence” — don’t get me started. It’s a crisis of confidence that’s been coming on a long time, a feeling that I’m shouting in an empty room, etc. You know the scene in Peter Pan where Peter shamelessly makes us applaud to save Tinkerbell, that’s got to be some kind of metaphor for the arts. No one writes for themselves alone. 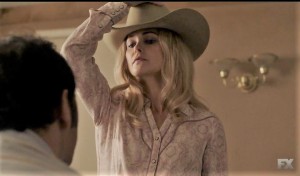 This week on The Americans, Elizabeth proves once again how much self-awareness she lacks (all of it). Stan and Aderholt might want to rethink their recruiting techniques. The noose tightens around Oleg, and we get a surprise blast from the past. Catch my recap of The Midges, season 5, episode 3 at The Agony Booth. 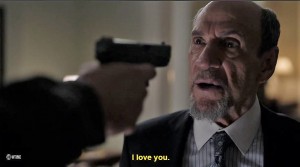 And when you’re done with that, you can also relive the joy you felt when Peter Quinn hit Dar Adal upside the head with a gun on Homeland, season 6, episode 9 by reading my ‘cap of that episode.

But that’s not all! This very week, I also posted about Whatever Happened to Baby Jane and other Feud related films that show older women behaving very, very badly. All this posting over there, may explain why I’ve been neglecting this blog! 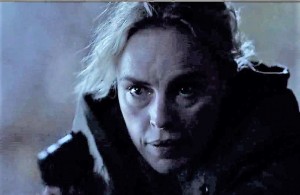 We can all agree that Dar Adal has to go, right? And it’s going to be very satisfying when it happens. But who’s going to be the one to take him out? For speculation on these and other great issues of the day, such as how did Peter Quinn learn to hold his breath underwater while not freezing to death, check out my Homeland recaps at The Agony Booth — which is full of great stuff by me and lots of other people.

Bonus points if you know how The Agony Booth got its name. Comments and discussion are welcome on those pages! 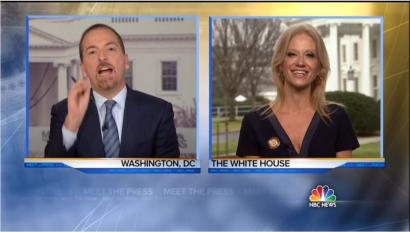 The Once Free Press: Excuse me sir, uh madam, I’m here to ask about the statement the Press Secretary made about the crowd size at the inauguration….

KellyAnne Conway: Ah yes! The one and half million people who showed up for our Great Leader, the largest crowd ever. It was …

The Once Free Press: 250,000 according to the Parks Department Estimate.

KellyAnne: No, it wasn’t. It was one and half-million.

The Once Free Press: Look, I brought a photograph of the mall. You can see the empty white space … 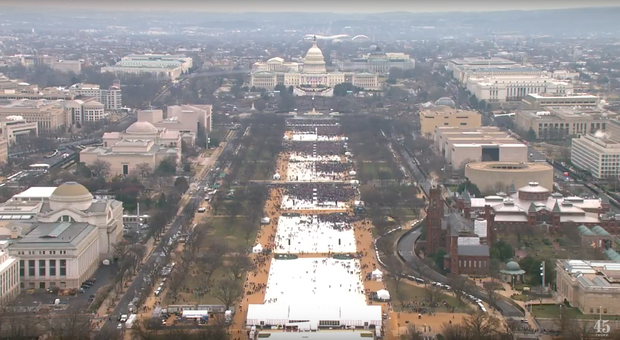 The Once Free Press (astonished, points to something in the photo) What is this then? An army of the Ku Klux Klanners photographed from on high? A circus of albino elephants symbolizing the Republican party?

Kelly Anne: It’s a trick of the light.

The Once Free Press (incredulous): A trick of the light?

KellyAnne (examining the photo): See, over here. You can make out the people. It was the snow made them seem invisible, that’s all.

The Once Free Press: The snow? There wasn’t any snow.

KellyAnne: Please don’t start on global warming again! That’s been repealed and replaced on all official pages by ‘over-regulation of the vital energy industry.’

The Once Free Press: I’m not talking about global warming. The question was why on earth would Sean Spicer tell an obvious falsehood about the crowd size at his very first press conference?

KellyAnne: It wasn’t a lie.

The Once Free Press: Look, Ms Conway, I know a lie when I see one. That wasn’t a million and half people. That was…..

The Once Free Press: The loveliness of the ceremony don’t enter into it! The crowd was not present. Take a look at the bleachers. There’s enough empty space to shelter all the refugees from Aleppo …

Once Free Press: Fair enough, but what about the people who aren’t there?

KellyAnne: Parts of the mall were covered over so no one could stand there.

The Once Free Press: But people are standing on the covering. There just aren’t a lot of them, or on the grass either.

KellyAnne: (looking at the photo again) They were just taking a bathroom break when the photo was taken.

The Once Free Press: A what? Are you suggesting that a million and a quarter people just happened to be taking a piss simultaneously?

KellyAnne: They’re regular folks. They drink a lot of beer, our supporters do.

The Once Free Press: On a Friday morning?

KellyAnne: They were celebrating!

The Once Free Press (exasperated): They weren’t celebrating. I’m telling you they were non-existent, imaginary, a fairy tale. It was unreality television. A proven falsehood, a big fib, a fraud, a fake, a fabrication, a visit to Fantasy Island, a …

KellyAnne (grabbing the photo and marking it up): You’re mistaken. See there’s no white space. Look at all those figures. It’s filled up to the brim! From the White House all the way to the Washington Monument …

The Once Free Press: That was you. You just took a pen and filled it all in.

KellyAnne: No I didn’t.

The Once Free Press: Yes, you did. We’ve got the whole thing on tape.

KellyAnne: I don’t think so.

The Once Free Press: Could you please answer my question?

KellyAnne: I already did.

The Once Free Press: No you didn’t.

The Once Free Press: What would you call it then?

KellyAnne: It was an alternative fact.

The Once Free Press: An alternative fact is a lie.

KellyAnne: Well, that’s a matter of opinion isn’t it? Who can really tell with numbers? You know what numbers I care about? The number of women in poverty at the end of Barack Obama’s presidency …

The Once Free Press: But that has nothing to do with my question. I’m asking you why would …

KellyAnne: You’re a very disagreeable person. Did anyone ever tell you that?

The Once Free Press: That’s not even, look, if from day one, you are going to lie about every little thing then what is the point of any of this? How can we even cover the White House?

KellyAnne: Don’t be so overly dramatic! If you’re going to be so negative, I’m really going to have to rethink our relationship.

President Trump: Kelly Anne, let me take over from here.

President Trump (to The Once Free Press): You’re fired.

The Once Free Press: Mr. President. I don’t work for you. You can’t fire me.

President Trump: When you’re President you can do anything.

The Once Free Press: But what about the Constitution? The first amendment!

KellyAnne: From now on we’ll be using an alternative version!

(Marion Stein writes television recaps and reviews for The Agony Booth, and books you can find over at Amazon. There’s no donate button on this blog, but you can thank her by buying a cheap ebook, and then raving about it to your friends.) 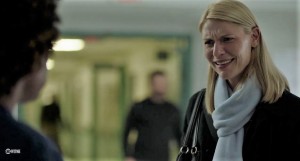 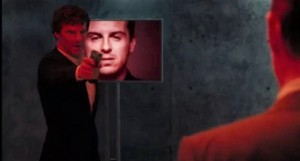 Whether you’ve been waiting to find out the fate of Peter Quinn, or looking forward to the Sherlock finale, you’re probably feeling disappointed by now. But cheer up, and check out my snarky recaps at The Agony Booth!