So I made my novella, Schrodinger’s Telephone, free for a few days. The cover was named  THE WORST at some website that prefers the use of stock images with eyes. Did we (the better-half and myself) change it? No, because we love it.  Just like we love our little kitler what was probably completely unadoptable on account of his ‘stash.

People say it’s the most “accessible” thing I’ve written, meaning that it’s a gateway drug to my other stuff.

Please download it (the story, not the cat) today! (Or my cat will invade you! Just kidding, he’s never going to get off that chair.) Even if you hate reading fiction on a screen, it will only take you an hour. Also honest reviews would be most welcome. But probably get out yer handkerchiefs because it will give the feelz or maybe even the sadz.

Also, if you’ve read it already and liked it — TELL ALL YOUR VIRTUAL FRIENDS! And pretty please write a review and post it up on the Amazon, so I can get rich because if I sell a 3 million copies at 99 cents each for a 35% royalty, I will have A MILLION DOLLARS!

And you might maybe want to check out some of the other stuff what I have written, like the one inspired by a notorious true crime that really happened in the pre-gentrified East Village, or the one with the sexy vampire that’s like Camille with more blood and less coughing (which you can get for free also, but only if you follow these complex instructions) or maybe even the one about a big pharma trying to kill you.

As promised, this is Part II of my examination of how Anne Rice is now peddling her rants about “gangster bullies” on the internet by adding charges of “political correctness” to the mix. Please read Part I if you haven’t already. It will save us both time.

But first enjoy this pretty picture of a sunset. And take a deep breath. You’ll need it.

Why am I doing this? How are these my monkeys? What do I care if someone is wrong on the internet? Read on and I’ll think you get it.

END_OF_DOCUMENT_TOKEN_TO_BE_REPLACED

Megyn Kelly: You’ve called women you don’t like “fat pigs, dogs, slobs, and disgusting animals…. Your Twitter account has several disparaging comments about women’s looks. You once told a contestant on Celebrity Apprentice it would be a pretty picture to see her on her knees. Does that sound to you like the temperament of a man we should elect as president….?

Donald Trump: …I think the big problem this country has is being politically correct.

Mob: (a) a riotous or disorderly crowd of people

Recently several media outlets on the web have reported bestselling author Anne Rice’s stand against what she characterizes as “internet lynch mobs” practicing what she calls “censorship by bully” in the name of “political correctness.”

While Rice  has spoken about this issue before, her most recent call to action to her Facebook followers has involved the controversial Jewish-nazi romance novel, For Such a Time. FSAT offers a happily ever after ending to the holocaust after  “blonde and blue-eyed Jewess,” (from the book cover) Hadassah Benjamin, converts to Christianity and plans a future with  the former (fictional) commandant of Theresienstadt, who has also accepted Jesus into his heart (Glory Hallelujah) and been “forgiven by God” (quote from text) for the mass murder stuff. And oh yeah, Hadassah had been his prisoner for most of the novel, and he threatened to send her back to Dachau. 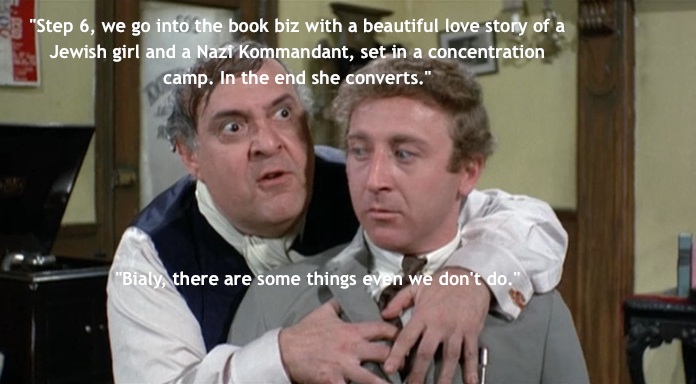 END_OF_DOCUMENT_TOKEN_TO_BE_REPLACED

Did you download a freebie of Blood Diva during last week’s freebie extravaganza, or anytime since December 2014? If you did, you may find a few small but significant errors, for which I apologize (profusely and on my knees). You will be able to get the corrected version free from your “manage my content and devices” page (but you should probably wait till Wednesday, July 1st for the changes to go live You will be able to get the updated version soon. Apparently this is a process that involves my pleading with Amazon.

How did this horrific thing happen?

END_OF_DOCUMENT_TOKEN_TO_BE_REPLACED 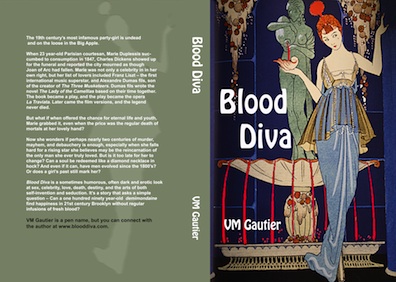 The never to be repeated five days of Blood Diva totally FREE on Kindle are over. Will this help boost sales of my well-reviewed but not exactly bestselling sexy, campy, vampire masterpiece for high-brow types who like a little smut with their serving of culture and deep philosophical musings? Aside from me, who cares?

This post is about you, gentle reader, and how you can still read Blood Diva for FREE, and why you might want to.

(Click here to read the rest of this life-altering offer.)