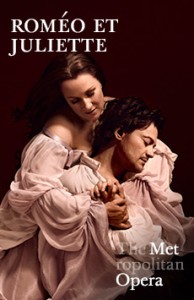 his idiot apologizes for there being gap of over a year since her last opera review. Why the long pause?

The problem started when we saw Lulu, which just about killed opera for us. We enjoyed William Kentridge’s production of The Nose, so we thought, “Why not go to see another off-beat well-reviewed production of a modern opera?” Besides I’m a fan of Pandora’s Box. (I even managed a reference or two to Louise Brooks in my novel Blood Diva, the erotic-satiric-vampire extravaganza based on the life of Marie Duplessis the inspiration for La Traviata.)

I expected some campy-fun from Kentridge, with nods towards Brooks’ iconic performance, but his Lulu was one of the most somber earnest productions imaginable, and the music was god-awful. I’m a philistine and probably just didn’t understand it, but it was so unpleasant the better-half left at intermission. I stayed for you dear readers, or reader, as the case may be, but then I couldn’t bear to relive it even as a post.

Prior to that in the 2015-2016 season, we’d seen Il Trovotore, which I posted about. After that we only made it to the Met two other times. Once to see Swedish soprano Nina Stemme as Turandot, in the Zefferelli production. We’d seen the production before, but we wanted to see Stemme and we figured the Met would probably replace Zefferelli’s sets with something terrible. We saw Le Percheurs de Perles  but that almost doesn’t count because we were in Edgewater, NJ at the live in HD. Why did we go to New Jersey given that we are able-bodied and live about three miles from Lincoln Center? Long story, but maybe worth a post someday. We also saw Otello, with a notable cast including Željko Lu?i? as Iago, and Hibla Gerzmava as Desdemona.

We finally made it to the Met again on Tuesday to see Gonaud’s Romeo et Juliette. The lovers were sung by tenor Vittorio Grigolo and soprano Diana Damrau. We’d seen them together a couple of seasons ago in Manon where I’d written that they “sizzled”. I didn’t get that lusty vibe this time strangely enough although they sold the idea of themselves as teenagers in love and lust at first sight. I’d describe their chemistry as easy. They sang together as though they’d always sung together. They seemed to be having fun. Opera is sometimes a competitive sport, but Tuesday night it sounded as though the leads, the orchestra, and everyone else were all on the same team.

This passes my test of operas you could go to your first time at the opera. You’ve probably heard bits of the music used in various soundtracks. It’s by turns melodic, emotional, and as grand as grand opera should be, but it’s also a pleasure to listen to and it’s easy to follow the story, since we all know it. Plus it’s fun to watch. The fight scenes were especially well choreographed, and it doesn’t hurt that Grigolo is pretty enough to be a movie star-leading man. The Met chorus did their usual stellar job as well.

Romeo y Juliette  has performances through March, but it looks like there’s only a couple more with Damrau.  They’ll both be in the “live in HD” on Saturday, so if you can’t get to the Met, you can always go to  your local cinema.

We were sitting, by the way, in the back of the balcony. We’d gotten the tickets only a few days before, and would’ve splurged for the front of that section if anything had been available.  I love the way you can see the musicians and the conductor from the balcony. The sound is clearer then anyway else in the house. (For the skinny on scoring last minute cheap tickets, see this old post.) At intermission, I noticed the usual ridiculously long line for the ladies room. I tried to tell a couple of the more able-bodied women on the line about the secret women’s bathroom at the top of the family circle on the right-hand side, but nobody believed me. They probably thought I was some kind of grifter trying to cut the line. But honestly, there really is a secret women’s room up there. It’s the best kept secret in town, so don’t tell anyone!