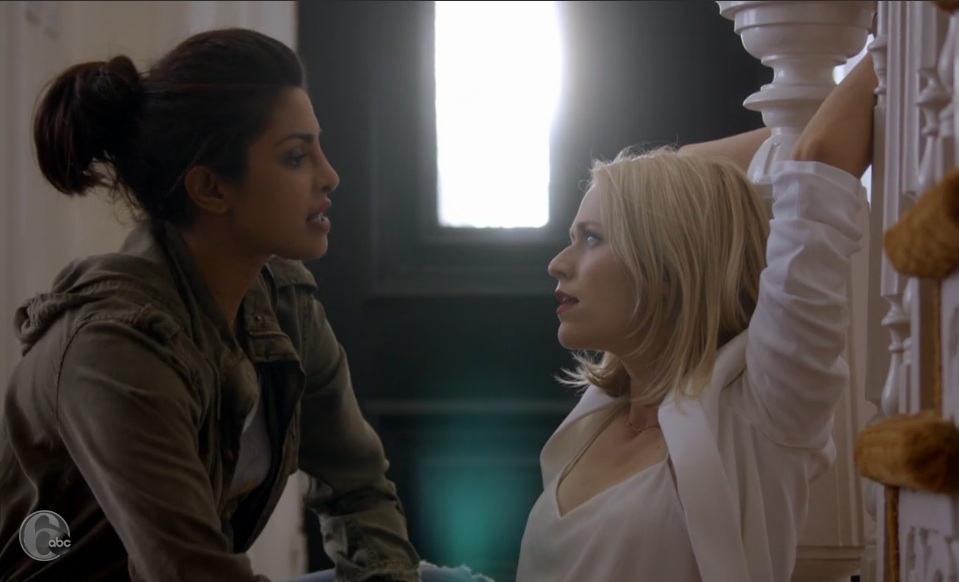 If Quantico were just 10% more terrible, it would be great. For now it continues to ride the thin edge between hate-watchable and Ambien. I blame Josh Safron, the showrunner. His previous two-season camporama, Smash, was a total trainwreck, but Quantico is just a bus full of beautiful people stuck in traffic.

It’s not the constant seasaw timeshifts that make Quantico difficult to get into, or the lack of relatable characters, or even the utter ridiculousness of everything. It’s the totally awkward way characters blurt out IMPORTANT information. In the academy scenes, we watch swimming, shooting, and running exhibitions, followed by Miranda at the podium, explaining important life lessons. It’s like someone else’s summer camp home movies, if they went to a camp for runway models. Both timelines are filled with clunky dialogue dropping reveals and hints. The main means by which we “discover” anything is by being told in the present about something that happened in the past, with a hint that we’ll actually get to see that thing we now already know about in the future. It’s like getting the punch line before you’ve heard the joke.

(To read the rest of this brilliant episode recap and takedown, please visit the television blog that may be too hip for the room, Happy Nice Time People. You can also catch my Homeland recaps and other stuff.)