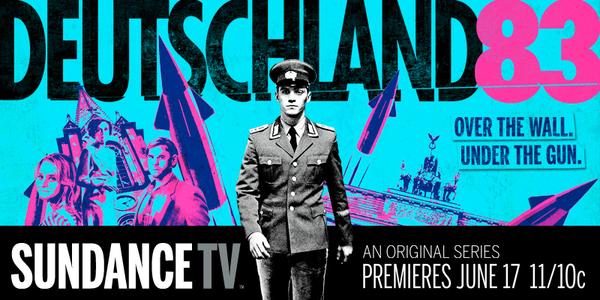 When last we left Martin Rauch alias Moritz Stamm, our reluctant cold warrior had completed his “one-time only” mission, and gotten pictures of the plans for deploying mo’ betta nuclear weapons in West Germany aimed at East Germany. Those photos sealed his fate – not that there was ever much doubt. Martin, your country needs you in your spectacularly well-placed assignment. In the second episode, we’re heading to a major conference with NATO and the Americans (not to be confused with The Americans although a crossover would be pretty awesome.) Martin and boss’s son, Alexander, are assigned by Papa Edel to be the advance team. (Read the rest of this fascinating detailed recap over at HNTP because they like to watch.)

(Made it this far? Why not reward yourself with this book that’s free through 6/26?)