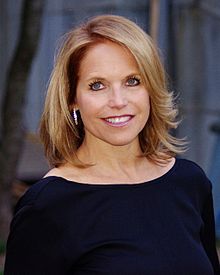 Once upon a time ‘mericans watched television all day and all night whether there was something good on or not (and there usually wasn’t). They’d go to sleep with the Tonight Show and wake up to the Today show because they were too lazy to change the channel – which took physical effort

back then as most people didn’t have “remotes.” The TV would be playing while Americans got ready for their jobs – which everyone who wanted to work had, especially the men folk – because those were the days, and the “homemakers” (old-speak for “stay at home moms”) would watch in the kitchen while making a nutritious breakfast for the family before everyone left and the soap operas started.

Katie Couric (co-anchor 1991-2006) joined Today at a tough time. The show had survived an anchor-chimp and even Barbara Walters, but then came the real crisis. (Read the rest of this fascinating post on HNTP)