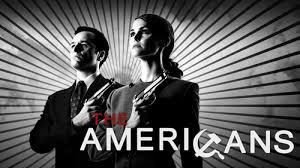 That’s right boys and girls! Just wanted to let you know that I’m going to be recapping The Americans over at Happy Nice Time People — the bestest blog in television recaps. This should be interesting, and strangely enough was my idea. A couple of years back I wrote a rather uh critical piece about the show right here on this blog. I stand by it. The characters are not two dimensional, but the history is wrong. It’s a version Dick Cheney would applaud. St. Ronnie Rayguns is credited with ending the evil empire with military contracts.  The episode that drove me over the wall involved a fantasy version of the civil rights movement that J Edgar Hoover would have loved. So I’ll call it as I see it as I make with the snark. Hope you’ll join me!

(Just a reminder to those dropping in, the money I get for writing the recaps doesn’t even cover my cable bill, so you’d like to help — I don’t accept donations, BUT you could buy one of my books for as low as 99 cents, OR my visit the webpage of my latest opus.)