Professional idiot Ross Douthat of the New York Times continues to rally against healthcare for people who make less money than he does (or as they are more commonly known the 98%) This week he does the maths and claims that the Affordable Healthcare Act (ACA – which I won’t call Obamacare because for better or worse, it is not) will raise premiums. His basic gripe is because the cheapest pre-ACA plans are now “illegal” the plans that are in compliance are more expensive. He asks “Will [people] be grateful for more comprehensive coverage, even though it’s being forced on them and has higher premiums attached?”

Then he makes it seem like it’s about ideology. Liberals will be grateful he says because for them “more is simply better.” While conservatives argue that not spending money on health insurance will “free up money.” This is the fun thing about opinion pieces. You can say any idiotic thing you wish. You can pretend you know how other people think and what they want or just make up your own economics, ignoring what actual economists have to say. Also you can create false categories like “liberal” and “conservative” which have little to do with how you much anyone enjoys getting what the Republicans refer to as “free stuff” from the government. Despite Romney’s own disavowal of the 47%, there are people receiving plenty of government giveaways – medicare, social security, public housing, farm subsidies, as well as bigger ticket items like government contracts – who voted for him, and plenty of people in the higher tax brackets who vote for those “tax and spend” Democrats. Crazy isn’t it?

Let’s get a few of the basics straight. ACA came along in response to rising healthcare costs and premiums.We needed reform because premiums for all of us who had insurance, including employer-based-insurance, were going up – as were co-pays and out of pocket expenses. Economists predicted that without reform healthcare costs were going to continue to rise rapidly.

The President said that people who like their current plans won’t have to change them. Douthat claims this is a lie because the favorite thing of conservatives who write for papers like the Washington Post or the NY Times is to call the President a liar. The favorite thing of conservatives on television or radio is to call him a lying, gay, Muslim, Kenyan, anti-Christ. Per Douthat the President is lying because some plans are not in compliance with the law and will be phased out. But most of those plans will still exist, just with changes like not being able to deny you because of a pre-existing condition. A few of the employer based plans will be allowed to remain as they are, and a few plans will no longer be offered – because they were really lousy plans that didn’t cover anything. The majority of insured Americans – that is, people with employer based insurance – have to change plans whenever their companies decide they can get a better deal elsewhere. They may find themselves needing to switch doctors, pay higher premiums, etc. They have no choice, and often little more warning than an e-mail from human resources. That’s the situation as it existed pre-ACA, and as it will exist after. The only difference is, your employer can’t suddenly put you on a really bad plan. The bar has been raised.

Second, forget the term liberal or conservative. I am a consumer. Back in my twenties, I went through uninsured periods, as well as brief periods of employment with benefits when I could get check ups and medical care. I also bought catastrophic insurance for a while. What did it cover? Damn if I know. I doubt it covered anything like outpatient chemotherapy. I believe it covered 80% of hospital care after something like a $10,000 deductible. On the good side, as I remember, it was fairly cheap. It certainly wouldn’t have helped me even if I was dying of an asthma attack because I had allergies (pre-existing condition) and admitted to wheezing once or twice in my life. So the one thing, other than an accident, that was most likely to cause a medical emergency could still have caused me to lose everything, including my life. Catastrophic insurance wasn’t some great option I chose to “free up money” as Douthat would put it. It was simply the only health insurance I could find that was anything close to affordable, and it seemed so abstract and intangible, that it was easy to convince myself I didn’t really need it.

Would I back then have been willing to pay a little more – to have actual health insurance that I could count on? To know that there were laws protecting me from being completely screwed by the insurance companies? Sure! And if you added in the possibilities of subsidies that my twenty-something self might have been eligible for, to cover most if not all of the price difference, I would have been very happy. I don’t think that has anything to do with how I vote. Most people don’t like paying something to get absolutely nothing, and would prefer to pay a little more to get something tangible like maybe to get that weird lump checked out. Hence, one of the reasons the sites health.gov crashed was because more people than they expected wanted to buy good, affordable insurance.

But back to Douthat’s position that without the higher premiums (mostly covered by subsidies) Americans would be able to choose to have no insurance or catastrophic insurance and would be putting all that excess cash into the economy. Buying homes, saving for the kids’ college, etc. etc. Douthat presents what probably sounds to him like a reasonable conservative argument – something, he probably wishes those yahoo in Congress would adopt so they wouldn’t sound like lunatics ranting about how Obamacare is worse than slavery. He throws in one of those phrases – “medical insurance complex” – designed to make him sound “libertarian” you know like Rand Paul who seems to be against government interference except when it comes to other people’s marriages and the inside of a woman’s womb. See kids the new libertarian-conservatives (talk about your oxymorons) really are against crony capitalism! Except when they’re busy handing out tax breaks too corporations and the ultra-rich, and allowing big business to interfere in the political process by throwing around an excess of cash speech.

But his “argument” is ridiculous. The idea that families would be able to “save” money by having no insurance or only catastrophic insurance is beyond reckless. It’s delusional. The ACA will mean that some of the very normal stuff that some of the skimpier plans didn’t cover before like say prenatal care will now be covered. Since prenatal care is now covered, expecting parents may be able to put money back into the economy in other ways, save it, or do all those other things conservatives would so like to see them do. Catastrophic insurance or not having any insurance and living with “risk,,” an idea which Douthat extolls, was a disaster, which is why people wanted reform and voted for it. Consumers, aka voters, hated catastrophic insurance. Those with it missed preventive check ups and wound up paying for that later, or went broke anyway with out-of-pocket costs. We all wound up paying for it later in higher healthcare costs to cover those who couldn’t pay their bills.

As for the subsidies which Douthat, of course, sees as a giveaway, let’s be clear here. They are a give away to health insurance companies, not to consumers. We’d be better off with single-payer, but there you go. Douthat and conservatives generally make it seem like these subsidies are going to everyone or that the people who get them will be on them forever. However, people with employer based health insurance aren’t getting subsidies, under 26 year olds whose parents agree to keep them covered until they age out or get their own plan aren’t going to need subsidies. Most of them will have jobs that offer insurance by the time they age out. The old have Medicare, and the poor have Medicaid. The number of people getting the subsidies is small, and the better the economy, the smaller it’s going to get.

I’m glad I got this off my system, though geez, it’s not like it makes a difference. What really pisses me off? Ross Douthat gets paid to be a smug asshat.

(Marion, unlike Mr. Douthat, does not earn anything for pulling opinions out of her butt. She does it for the hell of it. But you can help support her cats by purchasing one of her novellas or her cult-favorite novel. Because who doesn’t like cats?) 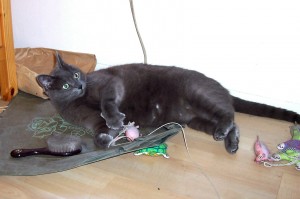 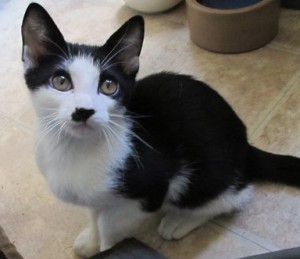