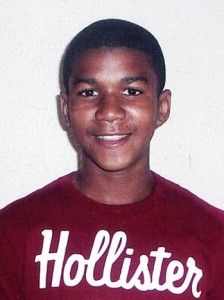 Could I state out loud and explicitly that I not only don’t think the state of Florida brought its A-game to the prosecution of Zimmerman, I think they purposely didn’t bring their A-game because of concerns that a guilty verdict would have threatened gun laws, stand your ground, and police procedures while also leading to some angry Republican voters staying home next election if there had been a conviction? And maybe THAT’s what the DOJ should be looking into as well?

The above scenario would not require much of a conspiracy either, just a prosecutor who is made to understand by the medicaid-fraudster governor, the implications of a vigorous prosecution, but not asked explicitly to do anything.

Governor Scott: Now, of course if you decide to prosecute this case, I hope it’s because you want to do the right thing and not because we don’t want the jack-booted Federales in the DOJ breathing down our necks, and energizing the Dems.

Corey: Of course, Governor. If we find enough evidence we’ll go ahead with it.

Governor: Good. And if you go ahead with it, I want to see you prosecute vigorously, even if it means making our police look like racist-idiots for not arresting the guy in the first place, or even knocking on doors to see if the kid belonged to anyone. Not to mention how it’s going to stir up more b.s. over conceal and carry, and stand your ground — both of which are supported by the Koch brothers — major contributors to our party — who would not be happy if that were to happen…

Corey: I understand completely sir. We won’t let any political considerations stop us although a victory still won’t get us votes from the African Americans, and could lose us some of our base, especially if certain issues, such as you brought up, are raised. We must do our best to get a conviction, no matter the cost.(She looks around the room as though aware of cameras and microphones, and then places a finger by her eye and winks.)

Governor:(He looks at Ms. Corey and then around the room) Ms. Corey do you have something in your eye?

Corey: Of course, Governor. What else could it be?

Governor: So have you thought about a strategy if the state goes forward?

Corey: Well, as a matter of fact, Governor, I have been thinking about. If we do prosecute, the best strategy going forward is to avoid all that race talk. And it’s not about gun laws. Guns don’t kill people after all, so bringing that into it would just be counterproductive as would disrespecting our police force in any way. I was just thinking that any defense lawyer would do everything he or she could to keep minorities off the jury, especially African Americans. I say we let them. Could you imagine how much more legitimate it would be if we got a conviction, which I’m sure we will due to our vigorous prosecution, with an all-white jury?

Governor: (Looks confused, but notices Corey seems to be nodding her head slightly) Well, I leave it to your judgement. I wouldn’t want anyone to think you were anything but independent, whatever your political ambitions in the future might be.

Corey: Thank you for your faith in me, Governor. I hope you’ll always be able to count on me… to uphold the highest standards. I’ll be working with the prosecutors very closely on this one.

Governor: I’m sure you will. Thank you, Ms. Corey.

Corey: You very welcome, Governor. And oh, do you have something in your eye?

Governor: Yes. What else could it be?

Here’s a clip of Corey looking strangely relieved after the verdict. No second guessing, here.

(Hey, like Marion’s Blog? Why not check out some of her other stuff here?)