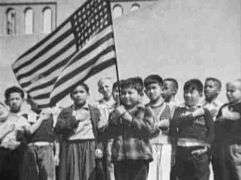 While some might argue that it never really existed, Democracy in America, which had been comatose since January 21st 2010 when the Supreme Court ruled that the First Amendment prohibited the government from restricting independent political expenditures by corporations, succumbed to its injuries on Monday.

D.I.A., as it was known to friends, had been in poor health, arguably mortally wounded since December 12, 2000, when the Court declared George W. Bush the winner of the United States presidential election despite the fact that the votes in Florida still hadn’t been completely counted, and that tens of thousands of people who believed they were voting for Gore had misunderstood the ballet and unintentionally voted for Pat Buchanan.

The final blow came on Monday when when the Court refused to review its Citizens United decision.

In Related News, The American Middle Class Holds on Despite Continuous Death-Threats

The massive influx of money to buy elections, proved not only too much for Democracy in America, but has continuously threatened its  longtime companion, the American Middle Class, which has been in fragile health since the 2008 financial crisis.  While the economy had appeared to be making a come back, thus rallying the Middle Class out of a deep depression, the Citizen’s United decision has placed it in a precarious position.  Unlimited spending by a few crazy billionaires is leading to the  destruction of unions and collective bargaining rights.  Government layoffs and threats that even “teachers, policeman and fireman” will be gleefully fired by President Romney  (whose election has already been paid for) is creating a sense of hopelessness and panic.  The promised destruction of Medicare under the Ryan Budget has further solidified the feeling that the end is near, and Middle Class survival at stake.

While the Middle Class has cheated death before, coming back stronger after many serious attempts on its life, this time, faced with massive personal debt owing to student loans, a continued housing slump, increased medical expenses, and a stagnant economy, it appears it may only be a matter of time before the end, which is expected to occur within a few months of Romney’s inauguration.

Breaking News — THIS JUST IN

While waiting for news from the Supreme Court regarding its ruling on the Affordable Health Care act, the American Middle Class suffered a massive heart attack.

Fortunately, at 10 am, the Court announced it had narrowly decided to uphold the Affordable Healthcare Act,  holding out the possibility that maybe the Middle Class would be saved.

However, the pre-existing condition clause in the law will  not go into effect for adults until 2014, so it appears the Middle Class is still shit-out-of-luck.